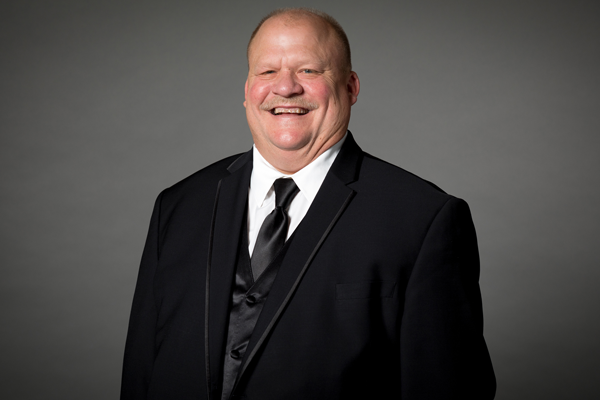 Today is the fifth in our six part blog series featuring our memories from several of CentiMark’s longest term associates and a focus on the “Mark” that CentiMark and the Dunlap’s have contributed to the commercial roofing and flooring industries. We’re celebrating CentiMark’s 54th anniversary on April 19, 2022.

We celebrate all 3,500 of CentiMark, QuestMark and CentiMark Ltd associates throughout North America’s 95 office locations.

“We became a billion dollar corporation in December 2021! Thank you to all CentiMark associates past and present for all your hard work and dedication. Without you, we could not have achieved this milestone. I want to thank my son Tim Dunlap [President & CEO] for his leadership in steering this ship to one billion,” says Edward  B. Dunlap, Founder & Chairman. “My suggestion to you is always the same: Work Hard, Work Smart, Work Safely and Have Fun.”

CentiMark is proud of our 3,500 associates throughout North America. We have 264 associates with 20+ years of experience at the company. Today, we want to thank and acknowledge those associates:

As the Vice President of Service, Northern Group and CentiMark Service Committee Member, John works with all Northern Service Sales Reps and Service Managers. He also works with National Accounts and Customer Service to assist with any Service needs and to develop customers. John also works with Safety Reps for training and compliance for the Service crews.

John has had a long and successful career at CentiMark. He was hired in 1984 as a roofing laborer at $6 per hour at Northern Industrial Maintenance in Akron, OH. He then moved to a Service Helper, Service Forman and, in 1987, a Production Foreman.

John was responsible for our first roofing project in Scottsdale, AZ for The Stouffer’s Cottonwood Resort. The resort had 34 buildings - three hotel rooms per building. Each had their own roof so 102 roofs total. John remembers going to Arizona with three roofers - two from Dayton, OH and one from Akron, OH. He was given a phone book and told: ‘Hire your crews and order your materials.’ They worked in the off season in Arizona - June through September - to install the roofs. Due to the heat, the crews could only work six to seven hours a day. So as John remembers, it was a long and tedious project!

In late 1987, John transferred to the Elkhart, IN office as a Foreman. He also supervised another crew, did service work and some Operations Management.

John transferred to the Westland, MI office in 1989 to become then Senior Project Manager Bob Rudzik's Technical Rep. At that time, CentiMark did all of the estimating by hand. John also helped Marco Urbanic develop our first computerized estimating program on the Apple Mac - a disk driven format.

John was promoted to Operation Manager in 1991. When Bob Fulton [retired Group Director] took over operations, John was Vice President of Operations for the Northern Group and was later promoted to Motor City [MI] Regional Manager.

“CentiMark - once Consolidated Enterprises - always provided opportunity and security,” says John. “Mr. D [Ed Dunlap] had a vision. He motivated his associates and gave us numerous reasons to work hard and make improvements.” John remembers that Mr. D had so many innovative ideas - including his idea for a Single Source Warranty on workmanship and materials. “The Single Source Warranty is one of his forward-thinking ideas that contributed to our success,’’ continues John. ”Thanks to Mr. D’s leadership, we ever missed a paycheck. I had good health insurance for 38 years. I was able to support my family and live a good life. And our ESOP [Employee Stock Ownership Plan] and 401K Plan only add to our financial success. Not many companies offer these significant benefits to their associates.”

John says, “I had so many mentors at CentiMark that helped me in my career. My first mentor was Ed Dunlap. We all learned so much from him as he grew this company. I also have to acknowledge Joseph Urbanic, Sr., who taught me about business; Bob Rudzik, who taught me about sales; and Steve Hecht, who taught me about National Accounts. Tim Dunlap helped me learn to become a Regional Manager and, eventually, a Group Director. And, John Rudzik always helped me with finances and setting standards for professionalism.”

“I have so many memories at CentiMark and I probably have forgotten half of them,” adds John. “One of my best memories is when CentiMark associates went to Merv Griffin's Paradise Island Bahamas on our first big meeting. We had an amazing time - and, of course winning, $10,000 on a slot machine on the last day was a great memory. I was glad that I did not win it on the first day!”

“Oh, the old days. I was a computer science major who dropped out of college and found an amazing career,” remembers John. “Today’s associates have such advantages with equipment, materials and technology that make roofing so much more efficient. We worked 70 hours a week back then and prayed for a rainy day!” John adds, “One thing never changes: new associates have the same opportunities that we did if they show up for work, work hard and keep their eyes open for opportunities. The value of all of the CentiMark benefits have not changed over the years.”

“Thanks to Mr D - he created a company that if you work hard, you can be successful,” concludes John. “After 38 years, time flies by! I have made so many friends here and I am very proud to wear the CentiMark logo! I will not say it was easy and I sure learned a trade the hard way at times! CentiMark is a  great company and I never imagined the success that I could achieve here.”

Congratulations to Ed Dunlap,Tim Dunlap, John Pallo and all of CentiMark on our 54th Anniversary - April 19, 2022.

When you subscribe to the blog, we will send you an e-mail when there are new updates on the site so you wouldn't miss them.