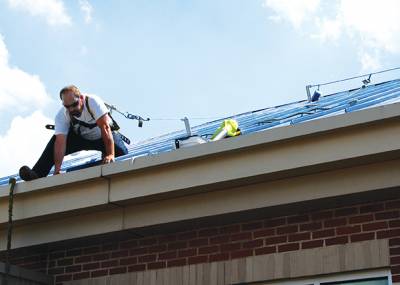 “Centi” referred to the 1987 goal of achieving $100 million in annual revenue (achieved in 1994). CentiMark Ltd. was established in 1998 as the Canadian subsidiary of CentiMark to expand in the provinces.

“Mark” recognized the company’s unique contributions to the roofing industry – all visions of entrepreneur Dunlap: