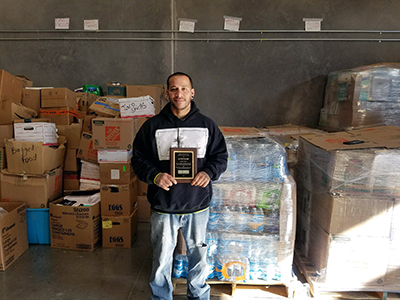 QuestMark’s Segundo “Tito” Rodriquez lives and works in Arizona but has changed the lives of many Puerto Ricans who were and still are devastated by the Hurricane in the fall of 2017. Tito is a Field Supervisor in QuestMark’s Phoenix, AZ office.

Tito’s Mother and sister were living in Puerto Rico during the Hurricane and he brought them to live with him in Arizona, post-hurricane. They didn’t have electricity; but, luckily, their house was not damaged. When Tito was a child, he also lived in Puerto Rico for half a dozen years - so he has a great care and concern for the people there.

To help others who had to stay in Puerto Rico for one reason or another, Tito worked with the Phoenix, AZ community to collect items for Puerto Rico Hurricane victims. He worked tirelessly in the evenings and weekends to collect cases of water and other supplies to send to Puerto Rico. The items were loaded on trucks headed to Florida and then by boat to Puerto Rico.

For his efforts, he received a Recognition & Appreciation Award from the Puerto Rican Center of Arizona, Inc. (PRCAZ). Thank you Tito for all your efforts to help the people of Puerto Rico. You make us proud. 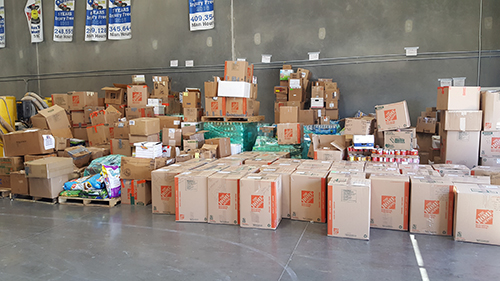