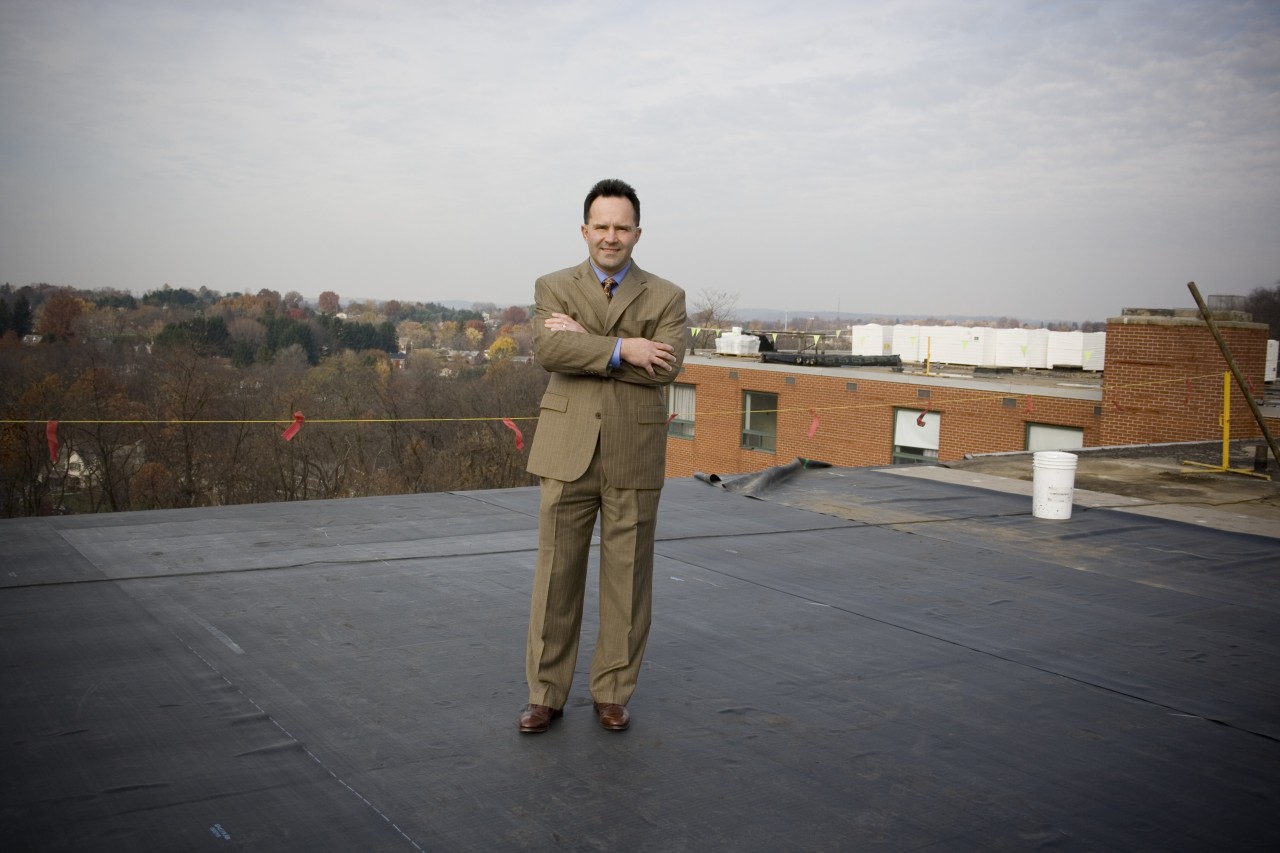 April 19, 2020 is CentiMark’s 52nd Anniversary in business. The success story of Ed Dunlap, CentiMark’s Founder, Chairman & CEO, is one of a dream, risk, hard work and the driving spirit of an entrepreneur. CentiMark, the Canonsburg, PA based commercial roofing and flooring company, has 85 offices in North America and 3,500 associates, who own stock in the company. 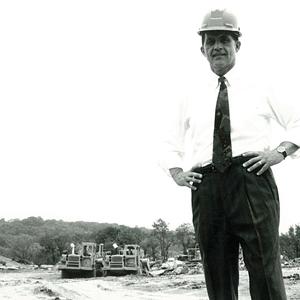 In 1968, Ed Dunlap (pictured, left) started a janitorial supply business in the basement of his home. With $1,000 and one associate, he started the business that would become CentiMark. He soon realized the business need was for contractor services to repair and/or replace roofs and floors in addition to the products for roofing and flooring repair and cleaning. CentiMark became the official name of the growing business in 1987.

As an entrepreneur, Ed Dunlap embraced new ideas to develop and grow the business. His willingness to utilize a new roofing membrane material called EPDM (rubber) on the roofs in the 1970s became a game changer for his growing company. Other initiatives in the 1970s and 1980s became the “Mark” in CentiMark and had a significant impact in the roofing industry. Ed Dunlap started the first National Accounts program in the construction industry, established a toll free 800 number for one point of contact for all customer phone calls, created a Single Source warranty for workmanship and materials and expanded office locations throughout North America.

Tim Dunlap (pictured, above) has been the President and COO of CentiMark since January 1, 2003. Tim’s youth and professional life paralleled the growth of CentiMark after his Dad founded the company in 1968 when he was eight years old. A young Tim Dunlap spent every weekend at his Dad’s side being educated in the business. He was paid $.25 an hour to sweep the warehouse, label cans for flooring products and, eventually, go on sales calls with his Dad. Father and son would have Saturday lunches together and discuss all the trials and tribulations of starting and growing a business.

Two weeks after high school graduation, Tim began working on the roofing and flooring crews. His professional development in the business of CentiMark continued as an Estimator, Technical Representative, Sales Representative, Sales Manager, Branch Manager, Regional Manager and Group Director before his appointment to CentiMark’s President and COO on January 1, 2003.

In the growth and development of CentiMark, Tim’s “Mark” has been bolstering sales and marketing initiatives, utilizing technology to benefit customers, vendors and associates, enhancing customer service initiatives, using separate crews for production and roof service repairs, creating comprehensive National Accounts Programs and expanding QuestMark to include DiamondQuest floor systems and online product sales. Tim oversaw the steady growth of the company from $247.5 million in revenue in 2002 to $723.7 million in revenue in 2019. That’s almost triple the revenue in a 17 year period, despite the challenges of the recession in 2008.

Ed Dunlap and CentiMark have achieved unbridled success along with amazing challenges in the growth and development of the business. Today, with Tim Dunlap at the helm of the business, CentiMark remains the largest commercial roofing and flooring company in North America. Together, the Dunlaps and their 3,500 dedicated CentiMark associates are working to meet the needs of our customers and to achieve the next financial goal to become the first one billion dollar commercial roofing and flooring contractor.