Congratulations Gerald Bunyoff on Your Retirement - 40 Years at CentiMark 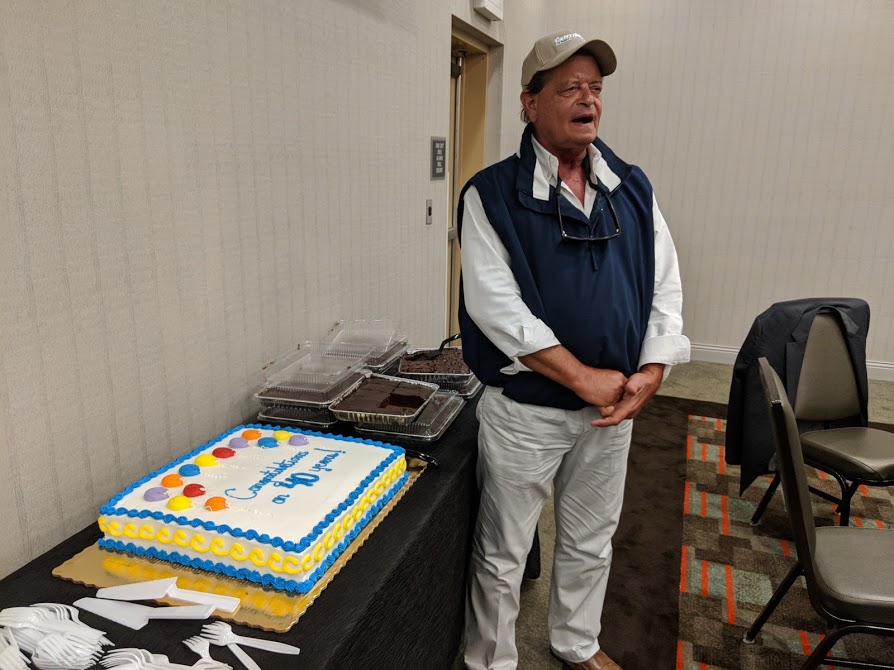 In the forty years that I have known and worked with Jerry, I embrace his dedication, honesty, dependability and his love for CentiMark. Thank you Jerry for 40 wonderful years of being a friend and partner. Enjoy your well deserved retirement!”  Steve Hecht, Director of Supply Chain & Group Purchasing Organizations, CentiMark

Gerald “Jerry” Bunyoff crew up in Youngstown, OH and joined the Navy after high school. He was first stationed in a fighter squad in California and then traveled the world on the aircraft carrier Enterprise - with port cities including Africa, Pakistan, Hong Kong, and Tasmania. 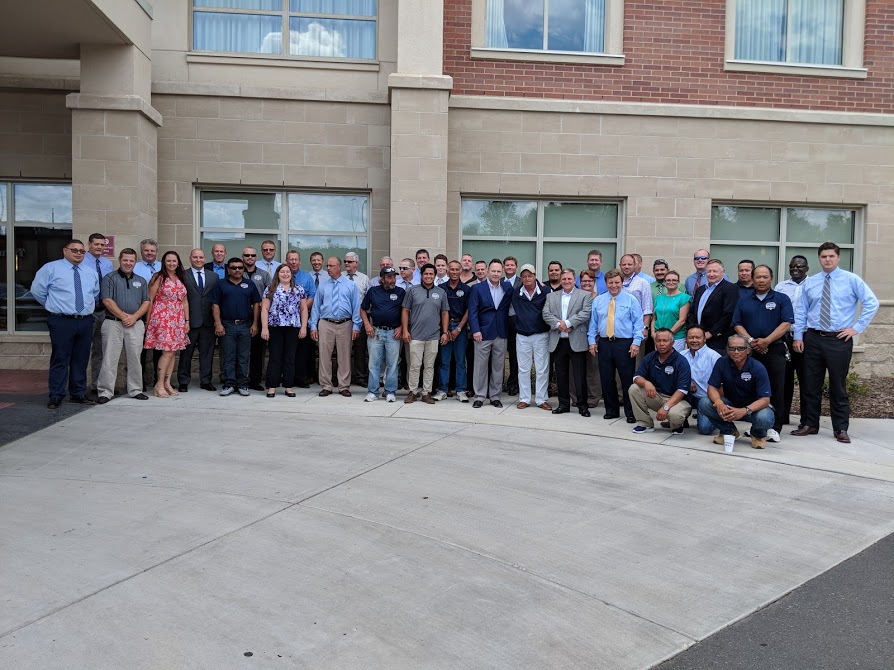 After his time in the Navy, he joined CentiMark [then Northern Industrial Maintenance] as a roofer.  “Bob Hunter [retired from CentiMark] and I took over two crews in Youngstown/Canton, OH areas - we ran powerhouse roofing crews,” remembers Jerry. “I set up a crew for a big job in Pepsi (1980) in Youngstown and Ed Dunlap [CentiMark Chairman & CEO] said, ‘We’re picking up jobs in North Carolina. Anyone want to move there?’”   Jerry said, “I volunteered on a Friday, moved on Sunday and started work on Monday.”

In North & South Carolina, Jerry was promoted to assistant foreman and then foreman. “We had the same crew for years,” added Jerry. “We lived on the road in hotels for three years working on jobs in North & South Carolina, Virginia and West Virginia.”  Jerry noted: “I was good at my job because I studied roofing mechanics and worked hard to figure out the right thing to do.”

In 1988, Hurricane Hugo hit the eastern coast. CentiMark had so much roofing work due to the hurricanes that they tripled the size of the office in the Carolinas. Jerry and the CentiMark crews worked for years on the hurricane roofs.

From 1995-1998, Jerry went into sales. “It was absolutely against my nature - but CentiMark turned me into a salesman! And it was exhilarating!” Jerry exclaims.  “At CentiMark, you go where you are needed, and, in 1998, I ran a branch office for several years before I went back into sales in 2002.” He added, “By then, I really knew how to sell and I started making money. I loved it!” In 2005, Jerry was the #2 salesman in the company.

Most recently, Jerry works as a Branch Safety Inspector and a Field Supervisor. If there is a large project that needs daily supervision, Jerry works at the job site.  Soon, he will begin his retirement after 40 years at the company.

One of his favorite memories is an Ed Dunlap story from the mid-1980s in Akron. “We had a crew of 15 to 20 guys sitting on tar buckets, listening to Ed Dunlap talk about the future. He always had a wad of money in his pockets and would pass out $100 bills to us to thank us for our hard work. But on that day, he told us his vision for our future - he was forming an ESOP (Employee Stock Ownership Plan) for all of us to be part-owners in the company,” remembers Jerry. “All I can say is that he promised us a bright financial future if we worked hard and stayed for the long haul. And, his promise came true for me and those other guys.”

Jerry wants to thank several of his friends and mentors past and present at CentiMark: Steve Hecht, Bob Hunter,  Joseph A. Urbanic, Eugene Jarusinski, Barry Budkey, Dave Harvey and Ed Dunlap. And thanks to Keith Battenfield, Executive Vice President & Southern Group Director, for the spectacular surprise party. “What an honor,” Jerry exclaims! “And thanks to all my crews and co-workers over these past 40 years who were part of the CentiMark Team.”

What are his retirement plans? Golfing every day. Playing his guitar with his band (country, folk, rock). Taking piano lessons. Visiting his daughter and four grandsons in Rhode Island.

On behalf of Ed Dunlap, Tim Dunlap [President & COO] and everyone at CentiMark: Thank you for 40 years of service and best wishes on your retirement Jerry! You will be missed!

“Congratulations Jerry! He once told me the secret to his long career: ‘Take one day at a time.’ Thanks Jerry for all of your help over the years - you will be missed!”   Brandon Leach, Senior Supervisor, CentiMark