Pat Dunlap - An Inside Look at CentiMark's Beginnings 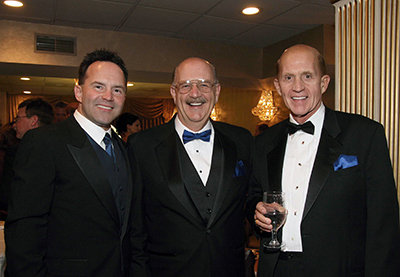 CentiMark’s founder, Ed Dunlap (and my older brother), did a pretty remarkable job with his company, considering where the company started and where it is today. It took a lot of good people over the years (some still here) to build an organization as large and successful as CentiMark.

I remember seeing the first Northern Industries office on a visit to Pittsburgh - I think there were four old desks in a 15 foot square room with one of them loaded down with product.

I remember a critical meeting early on that Ed had with a key customer which we had screwed up. He had to go in front of their group of decision-makers and save the account. But, he made the save.

There were a lot of those make-or-break situations in the beginning. Good or bad, he always enjoyed the "rush" of finding an answer. Or, sometimes, you just licked your wounds and moved on.

The “sales sheet” [a cumulative daily sales report] was the company lifeblood and was checked numerous times each day.

There was a monthly newsletter (usually one sheet of paper) that listed the top sales for the month. I don't remember his name anywhere but at the top during the entire time he was in sales for the company. He lead by example.

One time while visiting us, he was on the phone every fifteen minutes or so giving directions on how to handle a problem in the South. Some of the conversations were not pleasant and I was glad I wasn't on the other end of the phone.

One of the first company picnics was supposed to be in a park, but it started to rain pretty hard. No problem! Someone found a vintage VFW we could use and the entertainment was rides for everyone in the new semi-tractor that the company had just gotten. It was fun because most people had never ridden in one before.

CentiMark was always Ed's "baby" and early on it took 24-hour days to keep the company from going the wrong way.

For the last 15 years, Tim has handled the day-to-day as COO with Ed overseeing the big CentiMark picture as CEO. Father and son must be doing the right things to keep on growing and providing thousands of jobs for the people that make the company work.

Thanks needs to be given to every CentiMark associate that gets up every day and gives a little more than required - because without you, there is no CentiMark!

Congratulations to CentiMark on the 50th Anniversary!