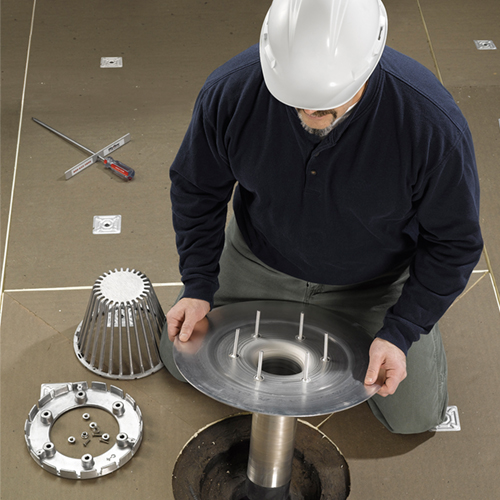 Experienced facility managers know that re-roofing projects are time consuming and involve many important decisions. These include the type of roof system, method of attachment, type of insulation, amount of repair work to the existing deck and, of course, what edge metal system to use. An often overlooked but important detail during the planning stage of a re-roofing project is also ensuring that the project includes a high performing roof drainage system.

Having adequate drainage plays an important role in the life of the roof. When originally designed, the roof drainage requirements would have been calculated and the number and placement of drains on the roof should reflect that calculation. Your roofer, or specifier, can verify how many drains you’ll need, but a good rule of thumb is two for the first 10,000 square feet (and smaller roofs), plus one for each additional 10,000 square feet and no more than 100-feet apart. Consult an engineer to review your roof drainage system, especially if there are any structural changes to your roof or adding an adjacent wing or addition to your building.

Making sure that all the water drains from your roof is very important. The National Roofing Contractors Association (NRCA) defines standing water as any water on a roof that hasn’t drained or dissipated within 48 hours after rainfall or other precipitation. Left unaddressed, standing water can cause several problems. First, water is heavy. Five gallons weighs nearly 42 pounds and an inch of water over a 10 x 10-feet. area weighs over 500 pounds. Second, standing water can deflect the roof deck over time, which can lead to roof leaks and even roof collapse. If your roof has several low areas where water ponds, consider adding tapered insulation during re-roofing to aid in roof drainage.

Keep it Clean
As a building owner, you are responsible for maintaining the roof. Today’s advanced roof systems typically don’t require extensive maintenance but keeping drains free and clear is something to check frequently. Good roofing practice is to inspect your roof at least twice per year -- quarterly is even better -- and before and after major storms. Remove the strainer to ensure drain leaders are free and clear. Also remove leaves and other debris built-up around the outside of drains and scuppers so that water can flow freely.

Three Options
Assuming that the drainage system is sufficient, there are three choices when it comes to the drains during re-roofing. Rework the drains, remove and replace the drains or retrofit the drains.

1) Rework – Most OEM drains are cast iron and prone to rusting and cracking which can lead to leaks in your building. To rework the drain, contractors take the drain apart, clean, repair and often repaint the components. Replacement parts can be difficult and time-consuming to source depending on the drain and tiny cracks in the bowl are easy to overlook. The benefit of reworking drains is that the job can be completed from the rooftop without disrupting building occupants. The downside is that re-working drains can take several hours each, which may not justify the expense or extra labor.

2) Remove & replace – Replacing the entire drain and plumbing connection is not all that common because it is expensive and logistically difficult. In addition, much of this work requires a plumbing professional which can cause roofing delays, and gaining access to the underside of the roof typically disrupts building occupants. Unless the drainage system and infrastructure are completely unusable, this is not the best option.

3) Retrofit – For owners who want new drains on their new roof, adding insert or retrofit drains are a good option. Retrofit drains are installed without disrupting building occupants. More importantly, retrofit drains are designed to fit into the existing water leader and over the existing drain bowl, so they use the existing plumbing system. Retrofit roof drains have been commonly used since the mid-1980s. Most are made with aluminum components that will not rust and the good ones also feature a mechanical seal that does not restrict flow. In fact, the leading retrofit drains exhibit flow-rates that are as good as or even better than original roof drains. They also surpass the ANSI/SPRI RD-1 standard for backflow prevention in order to keep water out of the roofing assembly. Some are also available with coated flanges that can be directly welded to certain thermoplastic roof covers.

Climate Change
According to the U.S. National Climate Assessment’s “Climate Change Impacts in the United States”, the frequency of torrential rains in much of the United States has increased dramatically since 1958. The report, which was published in May, 2014, states that the proportion of precipitation that is falling in very heavy rain events has jumped by 71 percent in the Northeast, 37 percent in the Midwest and 27 percent in the South. With this type of trend, it’s clear roof drains require even greater attention and that building owners, facility managers and roofing contractors alike must be vigilant when it comes to ensuring that roofs drain effectively. Remember, always consult an engineer to do a drainage study if you have concerns that the building has been modified from the original design or water is not being discharged from your roof properly. 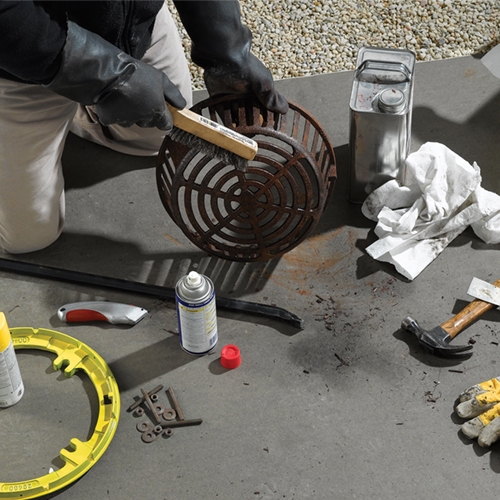 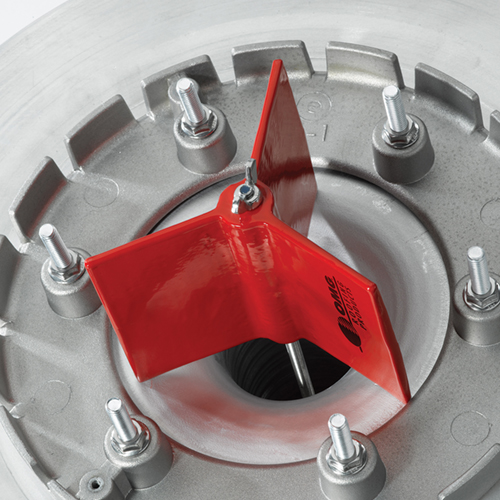 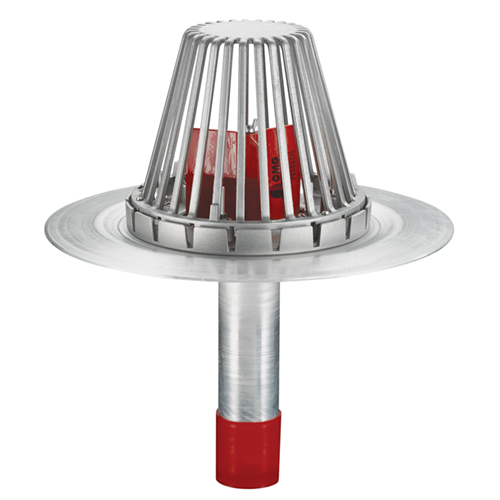 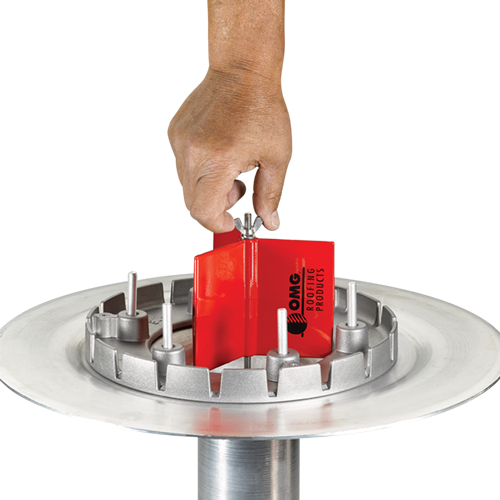